A Story of Change

The Indiegogo crowdfunding campaign to publish the book was a success. Printing and binding of the books took place in Manitoba at Friesens Book Division, one of the finest book makers in the world. If you would like to purchase copies of the book, please click on the “HOME” page above, then on the orange button near the top. If you are interested in buying a fine-art print, or would like updates, please email me at this link: dion@earthpics.ca

The campaign and video can be visited here: http://igg.me/at/prairiesunset

From 1872 to 1930, undeveloped land on the prairies was offered by the Canadian government to immigrants for homesteading. For an administration fee of only $10 they could own a quarter-section (160 acres), but there were conditions. Settlers were required to cultivate part of the land and build a home on it within a few years.

People often arrived with few possessions to a land of low population and undeveloped wilderness. Necessity forced them to improvise. With simple hand tools, they built their homesteads from sod, aspen trees, and other materials found on their land.

The early years of settlement were difficult.  There were few roads and limited supplies.  For many, walking was the main form of transportation.  There was little or no money, and no stores nearby for food or supplies.  Settlers faced the severely cold, long winters in isolation, often struggling to survive.

In the decades that followed the population increased.  More comfortable homes were built, and horses and machinery became available.  Their priorities were demonstrated by the emergence of one-room schools and churches built within easy walking distance from their homesteads.  These community buildings appeared every few miles in every direction across the open prairie.

This growing fabric of community strengthened neighbours who shared common struggles, and it assisted in the dissolution of old-country differences.  A new culture had emerged on the prairies.

Towns and villages grew throughout the prairies, landmarked by towering grain elevators that were the link to the railway.  By the 1920s, the typical distance between towns and villages was only about 7 miles (11 kilometres).  This allowed farmers to easily sell their grain and other produce to towns and cities, and eventually to foreign markets.

The towns and small farms were close in proximity, yet distant enough for individual farmers to own enough land to support a large family.  The size of the farms allowed families to produce all their own food, and eventually to earn enough money to buy clothing, machinery and other basic supplies and comforts.

Families often handed down the homestead to their next generation of offspring.  A continuum of lifestyles, values and traditions lived with the land.  Neighbours married neighbours.  Big families created a boom in the rural population.  For many, the hardest years were over.

Farmers often had little money and large families, but they ‘got by’.  They lived challenging and interesting lives, often turning to trial and error, or traditional knowledge to resolve the problems they faced.  Family, community, self-sufficiency, and the simplicity of survival were more important than the accumulation of material wealth. Several decades after my grandparents built their homesteads, my parents continued with many aspects of this old lifestyle on the same land.

Over the past few decades the original homesteads and lifestyles that accompanied them have been vanishing from the prairie landscape.  As people increasingly moved to cities, small farms often were not passed on to family members, but instead were sold to other local farmers.  The size of farms has grown larger, while families have become smaller.

Old houses and barns were left behind, and these abandoned buildings remain as monuments to the homesteaders who came here a century ago. To some, they are precious reminders of the hardships of people who emigrated from Europe to a strange land, leaving their families and friends behind; arriving with little money and few possessions to carve their lives out of a wild unbroken country.

In recent decades these buildings too have been vanishing in great numbers.  With this in mind, I have travelled the backroads of the prairies to photograph what remains of this fascinating era.  The photos may capture your imagination of a lifestyle that was filled with hope, dreams, and hardship.  The photos may reflect a union with the environment that is seldom felt in our present times.  This union went beyond the success of an investment, it spoke to the core of the challenge to survive.

Poignant to my experience was the energy of the homesteaders that can almost be felt on the land long after they have left. Deteriorating houses show the handiwork of their builders, and within, signs of the lives that once were there. Even the scent of the livestock remains in the timbers of the long-abandoned barns.

Almost anywhere you are, across the fields, you can still see the towering steeples of the country churches. Some of the country one-room schools remain standing, with chalkboards still on the walls. 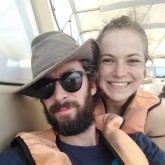